Diageo: 'In Everything, The Idea Is King'

He even gave up setting targets for digital spend three years ago, which had by then reached about a quarter of the media budget, after setting an initial peg of 10% of media spend, “to get our toes in the water”, when he took up the post in 2007.

“We don’t measure it because it comes naturally, it’s in the bloodstream,” Thompson says, in an interview with Media Business Asia.

When thinking about how best to connect and engage consumers, Thompson opts for three alternatives to traditional media channels: physical spaces, influential people and digital content.

Every marketing plan must contain at least two of these elements.

“Once we’ve decided on the idea, we will look at what the right balance is,” explains Thompson, who will be talking about how Diageo, one of the world's biggest alcoholic drinks companies, builds international brands in Asia at upcoming the Festival of Media Asia conference in Singapore.

“In everything, the idea is king,” he adds.

“Whether it’s the way we look at agencies, the way we work cross functionally, the way we spend our money, we start off with what’s the right way to make this idea work: from a consumer point of view and investment point of view.”

Asia, where 50 million more people reach the legal drinking age every year, is a hugely important market for a company like Diageo, home to global brands such as Smirnoff, Johnnie Walker and Guinness as well as a widening roster of domestic tipples in specific markets.

At the same time, reaching drinkers in Asia’s growth markets, many of which operate strict controls on alcohol advertising, is far from easy.

Traditional drinking outlets meanwhile, from nightclubs to karaoke lounges, tend not to lend themselves to explaining the finer points of brand differentiation. This is a particular challenge for Thompson, who wants Diageo's high-end brands to tap Asia’s fast-growing luxury market.

“We have transformed our business in this region to be a luxury-led business,” Thompson says.

“About a quarter of our business in Asia is at what we would call luxury price points, and that’s growing faster over time.”

One answer is increased investment in areas where Diageo can exercise more control, in the real world as much as online, while using people’s opinions as well as media to leverage brand awareness and reach.

Diageo has been orchestrating brand-appropriate settings for years, through events such as hosted dinners for Johnnie Walker or international nightclub exchange programs for Smirnoff.

More recently however, the company has started creating places it can really call its own, building a multi-storey Johnnie Walker house in Shanghai two years ago with the same materials used to make whisky, from the wood used in the barrels to the copper from the stills.

“It’s not just talking about whisky, it is a genuine brand experience,” Thompson says. “The place in Shanghai is like an embassy.”

The attention to detail and craftsmanship is essential, Thompson notes, in keeping with Johnnie Walker’s luxury positioning and the value upscale buyers places on unique experiences.

Each floor within the house, for example, offers an increasingly personalized and exclusive experience.

The investment paid off handsomely, on a range of tangible metrics, from brand awareness among Shanghai residents to repeat visits and even sales among the select few invited inside, as well as more intangible measures, such as promoting Diageo’s luxury credentials.

As a result, a second Johnnie Walker house opened its doors in Beijing last December, while another is on the cards for North Asia this year.

However, despite the concept's success, a rapid rollout is unlikely.

“Each of them is a unique and a special experience,” Thompson says. “We don’t want to make this a cookie-cutter type of exercise.

"However we can take elements of it, and are taking elements of this, and doing this at a smaller scale, sometimes on a temporary scale.”

One example is the Voyager yacht, designed and built to promote a new triple malt scotch called Odyssey. The boat commenced a six-month tour of major Asian cities in September last year.

The jaunt is supported by episodic series on Bloomberg and History Channel, written and commissioned by Diageo.

In this case however, media agencies were nowhere to be seen.

“There’s no reason it has to be like that,” Thompson says. “Increasingly we are playing the role that many of our agencies used to do, in terms of building relationships with partners externally who might be able to help us.”

While Thompson may not be thinking explicitly about media in his marketing, he isn’t necessarily thinking about advertising either.

The original spark for a marketing push can come from any source, external and internal, before more traditional responsibilities are allocated as strategies coalesce into actual plans.

Sound ideas don’t always emerge fully formed from a clear brief or business insight, Thompson stresses. More often than not, these are knocked into shape with iterative and sometimes circular conversations.

However, it’s not an area where Thompson has seen much input from media agencies.

“There’s a real opportunity for media agencies to bring ideas forward,” he says.

“And if they don’t,” he cautions, “they’re going to lose out hugely because there’s no reason why we can’t go direct to the source.” 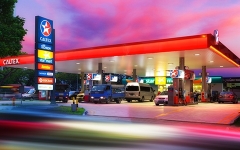 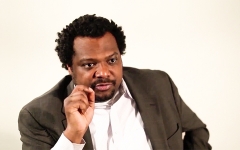 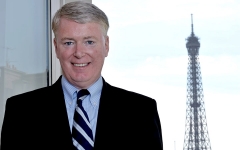 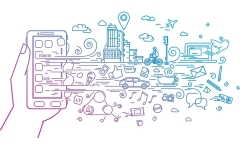 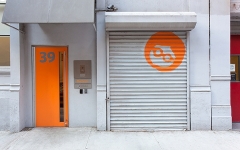 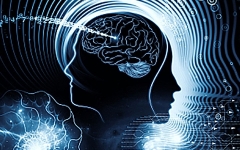 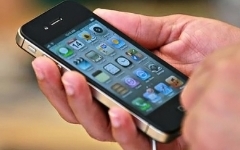 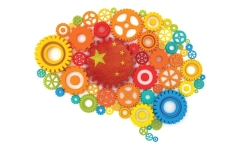 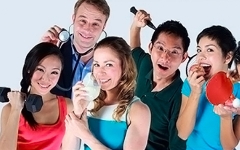