Google looked at how internet users heard about products they bought.

Personal experience and human networks are the best communications channels for generating initial awareness of products and services that sell, according to a study of internet users from Google.

Familiarity ranks as the most common source in markets ranging from Indonesia to Japan to Singapore, although talking to other people is another important factor in both China and India.

Advertising plays a relatively minor role, although Google’s survey only quizzes people on their recollection of initial awareness, rather than the broader contribution of brands and communications in driving sales.

Of the people who cited advertising as their first exposure to something they recently bought, the internet figured highly in countries with a high internet penetration.

TV ranked highest in markets with smaller online populations however, even among internet users. 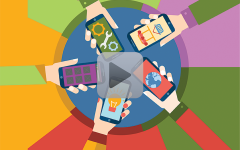