Indonesia’s TV market will grow by only 4.5% in 2015, to reach US$1.7 billion in net terms, according to the latest research from media and telecoms research & consulting firm Media Partners Asia (MPA).

The analysis includes ad sales as well as subscription revenues from pay-TV.

While the ad market is expected to start picking up in the second half of 2016, a return to sustainable double-digit growth is only projected by 2018.

“Telecom and auto categories have not fared that well either, although spends from internet companies and ecommerce have taken up some slack."

In pay-TV, a triple-strength tsunami of irrational price competition has hurt the market, Venugopal notes, with provincial cable piracy and the growth of unorganized free satellite compounding the impact.

That said, bundled service providers such as First Media and Indihome are growing.

Both services have added a decent level of subscribers through pay-TV and broadband adoption, Venugopal notes.

Meanwhile, pay-TV market leader MNC Sky Vision (MSky) is experiencing a modest pick-up over October and November after a challenging 2015.

MSky parent Global Mediacom is also refocusing its subscription video business through the lens of a new venture Sky Vision Networks, which will house MSky as well as MNC Play Media, an emerging fiber broadband business.

Global Mediacom plans to raise capital for the company, with a 20-30% stake likely to be on offer.

This week’s earnings reports from Indonesia’s two largest media groups, MNC and Surya Citra Media, which account for more than 60% of national audience share, reflect underlying trends in the market.

Both are guiding for 4-5% free-to-air advertising growth this year, while focusing on tighter cost control.

This is likely to include reduced exposure on US dollar denominated content, especially EPL football, which is up for renewal. 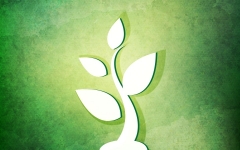 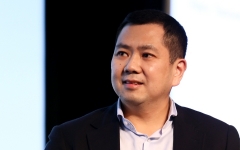