Growth rates down again, according to the latest forecasts from MPA.

The rate of advertising growth in Asia-Pacific decelerated to 5.3% this year according to Media Partners Asia (MPA), the smallest regional increase since the downturn in 2009 during the global financial crisis.

The deceleration is evident across most major markets in the region, reflecting the economic impact of a strong US dollar and a slowdown in China, the world’s largest growth market.

Regional growth should pick in 2016 to 5.8%, lifted by an expected recovery in the second half of next year.

Additionally, the 2015-20 CAGRs for India, the Philippines and Vietnam, as well as for Australia, will outpace 2010 to 2015, reflecting a brighter second half to the decade for these markets.

In other countries however, multi-year growth rates are set to slow. According to MPA projections, the 2015-20 CAGRs will fall below 2% for Hong Kong, Japan, Malaysia, New Zealand and Singapore.

While TV remains healthy, expanding online audiences and the growth of online video, driven by mobile and broadband, has boosted digital’s market share at the expense of TV and print.

The biggest drivers will be Australia, China, Korea, Japan and Taiwan, although rapid growth in India and Indonesia will also contribute.

Net advertising revenues for Asia-Pacific, measured after discounts across 14 markets, will top US$142 billion this year, according to MPA, up from ~US$135 billion in 2014.

MPA estimates show this total approaching US$186 billion by the end of the decade.

Continued growth in China will consolidate its lead as the region’s biggest ad market by far in 2020, representing ~US$85 billion in ad revenue.

At the same time, Southeast Asia as a whole will account for ~US$13 billion in ad revenue by 2020. Indonesia, Asean’s largest economy, will represent ~US$4 billion. 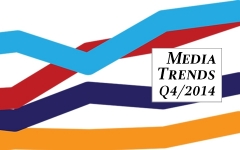 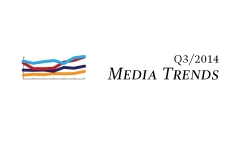