On average, broadcast TV viewing is down 10% over four years.

The Australian Multiscreen Report, now in its fourth year, paints a revealing picture of the challenges facing broadcasters as viewing continues to fragment.

Overall, Australians are watching less broadcast TV, down 10% on average from Q4 2011 to Q4 2015. That’s for live and seven-day playback viewing across free-to-air and pay-TV.

Even the older 35-49 cohort, still relatively heavy viewers, watched 13% less in Q4 2015 than they did four years earlier.

Our slideshow (below) illustrates some of the key findings from the Australian Multiscreen Report. The report is a joint undertaking from ratings bodies Regional TAM and OzTAM (covering regional and metropolitan audiences respectively) and research agency Nielsen.

Battle for the big screen

Catch-up services are making up for some of the losses in linear viewing, but bigger gains are being made by other uses of TV. That includes watching DVDs and recorded content after the seven-day window to streaming OTT services delivered to the set, from music to video.

Smartphones and tablets are also competing for attention, especially notable among the under-25s. That battle may shift slightly back to the big screen however, as it becomes easier to stream premium content to the TV.

At the same time, TV still reigns as a mass medium, despite arguably inevitable erosion in a country where mobile and fixed line connectivity are widespread.

Hit shows connect with millions of households, fostering mass audiences that are arguably more precious, the less common they become. TV companies are also enlisting a broader mix of windows and platforms to maximize viewing.

It’s a battle for attention, but also a race to monetization. Broadcasters need to capture value from both mass and targeted audiences, as TV and video consumption breaks up into sometimes sizable chunks of live and on-demand viewing, scattered across multiple screens. 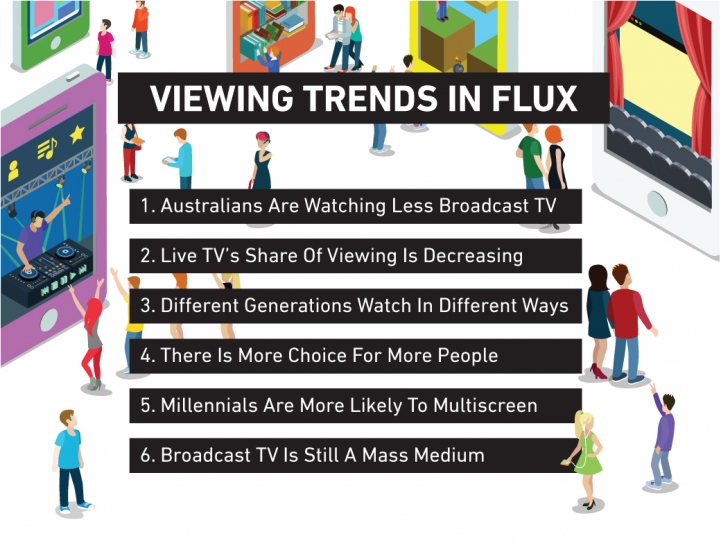 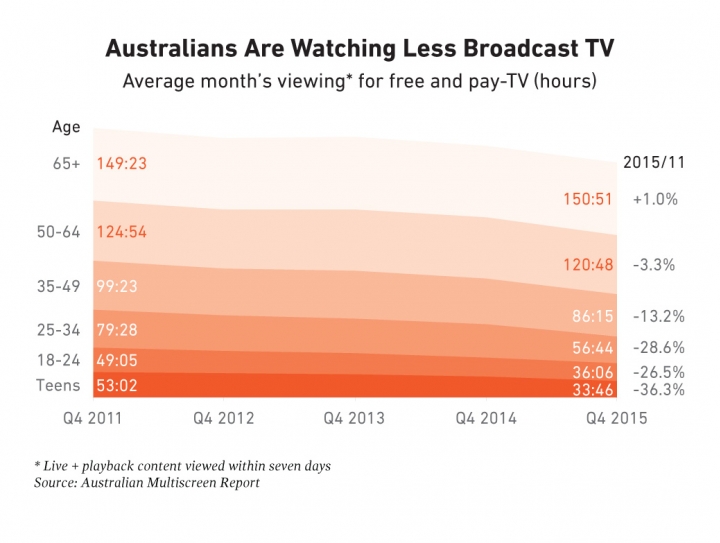 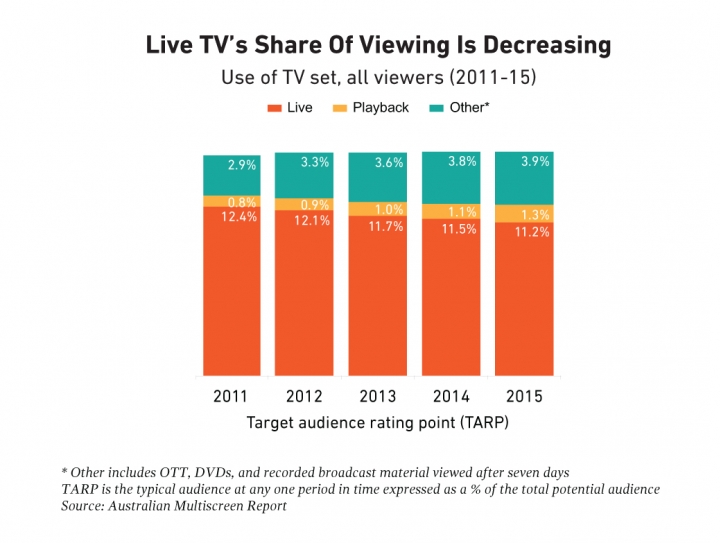 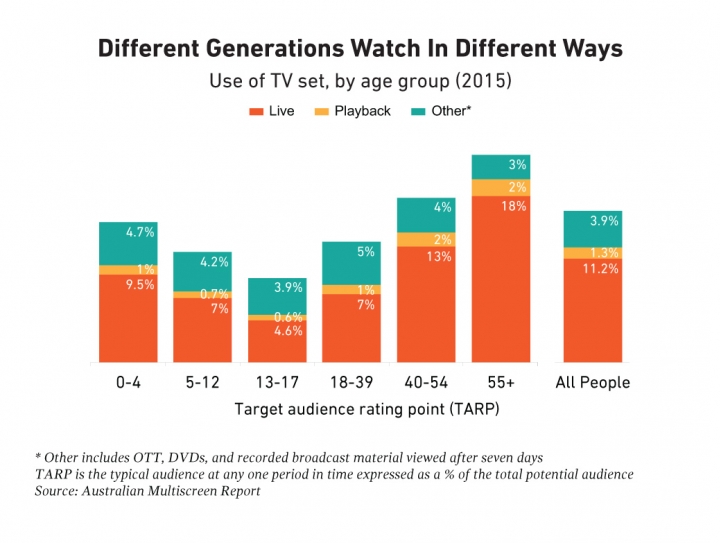 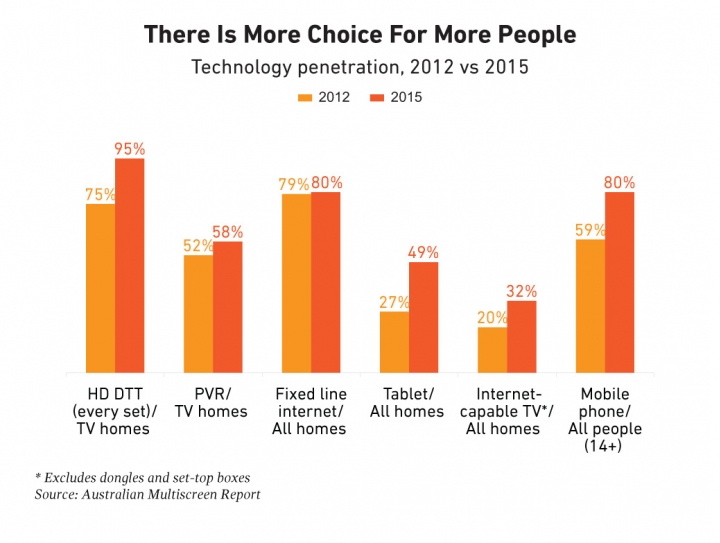 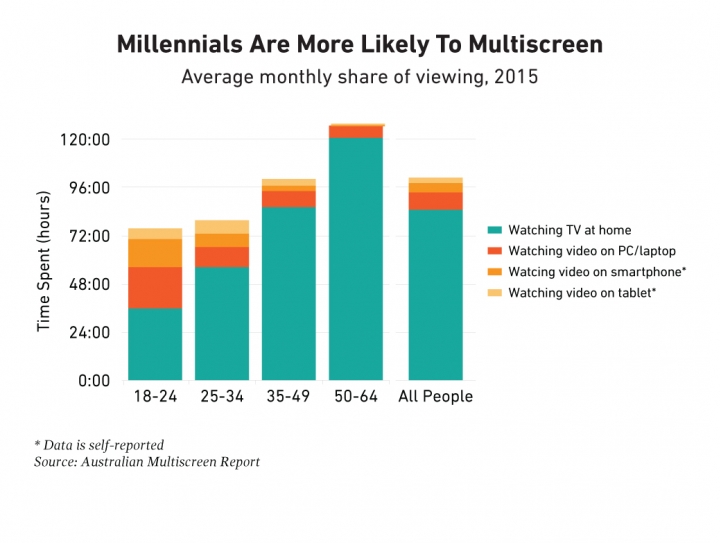 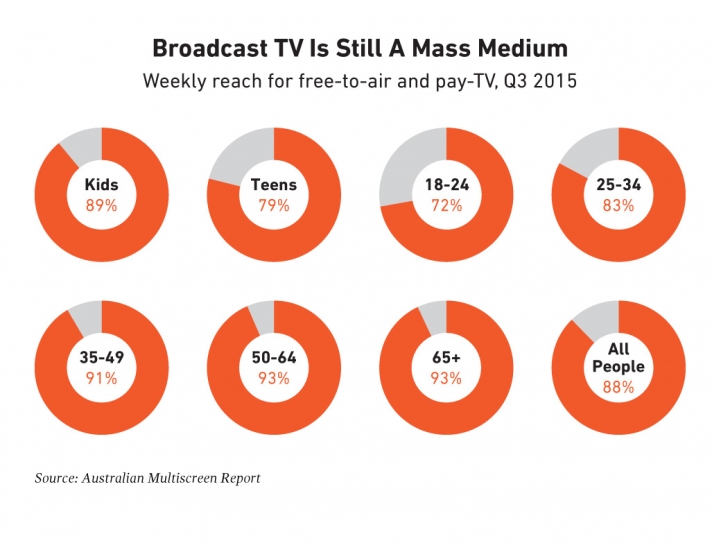