Now live on StarHub in Singapore.

BBC Worldwide has passed a milestone in its ongoing strategic repositioning, first set out three years ago, with the global debut of BBC Player.

The main goal is driving awareness and consumption of BBC content across screens, initially for the telco and pay-TV group’s cable and SVOD subs.

“In the future we could look at going after new pay-TV consumers with StarHub, but we didn’t set out to do that,” says Monty Ghai, BBC Worldwide’s SVP and GM for Southeast Asia.

The short-term push will be on making it easier for existing subscribers and fans to watch more, including those with only a partial view, and experience, of what the BBC offers, Ghai explains.

“We want to work hard on realizing all of that value,” he says. “That’s our focus right now.”

Player provides the BBC with an alternative entry point in markets where its linear channels have a low or zero profile, enabling the broadcaster to reach new audiences and distribution partners.

Nonetheless, the product suite and in-market approach will vary.

“The driving force behind what we do is not to launch brands in every market around the globe, plant flags,” Ghai tells Media Business Asia. “Each market is different, the scale of our different brands and content is different,” he adds.

“We will work out with existing and new partners what those opportunities are. There could be a lot of new opportunities we wouldn’t have without a service like this.”

In Singapore, Player carries BBC Worldwide’s full set of six global brands. For the first time in Asia, it includes the BBC’s three latest brands – Brit, Earth and First – also unveiled in 2013 as part of the broadcaster’s current strategic gameplay.

This set could follow across much of Southeast Asia.

Brit, a male-oriented factual entertainment offering, has made its Asian debut with Player’s arrival in Singapore, as a digital-only offering for subscriptions that include at least one other BBC channel.

In Singapore, the brand is initially heavily anchored around the Top Gear franchise, available on StarHub’s in-house SuperSports Arena channel, but which has also garnered a large audience on unlicensed platforms online.

Created for viewers that watch little or no linear TV, Brit will also evolve as online tastes and viewing preferences become clearer.

First, a premium drama VOD offering, made its Asian debut in Singapore earlier this year as a successor to BBC Entertainment, which has a broader positioning.

BBC Entertainment is still on air elsewhere in the region, but should make way for First by the end of the year.

Earth meanwhile, the BBC main’s driver of ad sales and sponsorship revenue in Southeast Asia (alongside BBC World News), is well established, taking over from its successor, BBC Knowledge.

There’s still plenty of gains to be made by raising the profile of BBC’s range of content among existing audiences, Ghai says.

“In the last nine years, we have grown our channel brands and they’re doing well, but we’re still 30 years behind the other guys,” he says.

“How do we jump ahead, reach out to those millions of uniques who come to the BBC for news and sports and say look at this wealth of content, remove that friction and get that stuff on your screen ,” he continues.

“All you need is your StarHub ID. You don’t need to go to your TV, you can watch it right there.” 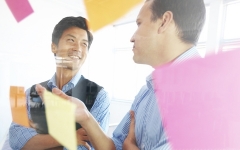