The rise of digital media, now accounting for 30% of ad spend worldwide, influences the size and growth rate of the overall advertising market in two ways, notes Vincent Letang, director of global forecasting for Interpublic Group’s Magna Global unit, in his latest report.

Online media initially expands the pie, with search and social in particular attracting spend from a wider range of smaller companies, including some first-time advertisers, as well as from below-the-line budgets such as directories and direct mail.

Dynamics start to shift however, once bigger advertisers start diverting brand budgets from traditional media, Letang observes, as marketers use greater efficiencies in online media to pare back rather than reallocate increases in spend.

“The budgets shifted from traditional media (TV, print, radio, OOH) to digital media create a deflationary environment, reducing the media pie and slowing down ad spend growth prospects in the mid and long term,” he writes.

“This trend has been at work for a few years but as digital media reaches critical mass, each market share point gained by digital has an increasingly big impact on traditional media,” Letang points out.

In the US this year for example, US$7 billion of spend moved from traditional to digital media, equivalent to the country’s entire out-of-home market. Globally, more than US$20 billion made the transition.

Letang foresees a weaker conversion factor between economic growth and ad growth as a result, with ad spend increases falling behind GDP growth in the long term.

“When a dollar is shifted from traditional to digital media, it’s no longer a dollar but 95 cents or less, simply because of the productivity gains created by digital and the lower cost apparently required to achieve a given marketing goal,” he surmises.

“When shifting budgets towards digital, advertisers are not just following users and eyeballs, but also expecting to save on their overall advertising and marketing spend.”

AUSTRALIA, CHINA, KOREA AT THE FOREFRONT

Digital already represents the largest slice of the ad pie in 14 countries tracked by Magna, including for the first time this year two in Asia-Pacific, Australia and China. South Korea is likely to join this group in 2016, with New Zealand following in 2017.

By that time, digital spend will have surpassed traditional media in 23 countries, according to Magna, including the biggest ad market of them all, the US.

Digital deflation is more apparent in mature markets, impacting Australia and Korea ahead of China.

By comparison, many growth markets are at an earlier stage of development, where all media platforms continue to expand year-on-year, and digital spend still supplements the overall pie.

“In some developed markets, everything but digital is stagnant or declining,” Luke Stillman, associate director, forecasting at Magna Global, tells Media Business Asia. “In Emerging Asia on the other hand, ad spend per capita is so low that almost all spend is in addition to marketing budgets.”

Here ad spend per capita averages just US$12, compared with US$87 worldwide, and $500 or more in the most developed markets, Stillman says.

The composition of digital spend differs from the global average too.

Online spend in Emerging Asia is more skewed towards banner ads (which are falling out of favor in Western markets), as well as social spend and video spend, reflecting the ease of importing readymade communication strategies onto global platforms such as Facebook and YouTube.

While banner ads will lose share in Emerging Asia too, Magna’s report anticipates that social and video will remain significant growth drivers, rising from 28% of digital spend in the region to just under 46% by 2019, a higher share than the global average.

Mobile spend will also surge forward in South and Southeast Asia, Magna forecasts, representing more than half of Emerging Asia digital spend by 2019, compared with just over 21% today. 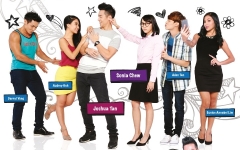 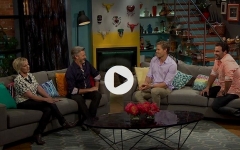 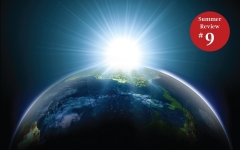 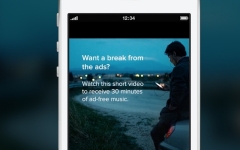