A look at the habits of connected consumers in six APAC markets.

Binge-viewing – devouring multiple episodes of a TV series in a single sitting – first took off when DVDs were sold together in boxsets.

Broadband access, however, with a little help from Netflix, is making the practice more popular than ever.

Over half of people with TV and internet access confess to binge-viewing at least once a month in 19 out of 20 markets covered in a survey from telecoms and media tech company, Arris.

The exception is Japan, where binge-viewing is less widespread, and typical viewing sessions tend to be shorter.

Our graphic looks at the six APAC markets included in Arris' survey.

Connected consumers in Brazil, India and Mexico are the most likely to binge-view at least once a week.

Meanwhile, China holds the record for the longest typical viewing session, at 3.8 hours according to Arris’ survey.

Korea is close behind, clocking in at 3.7 hours, with the US in third place with 3.6 hours. 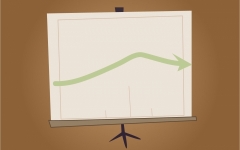